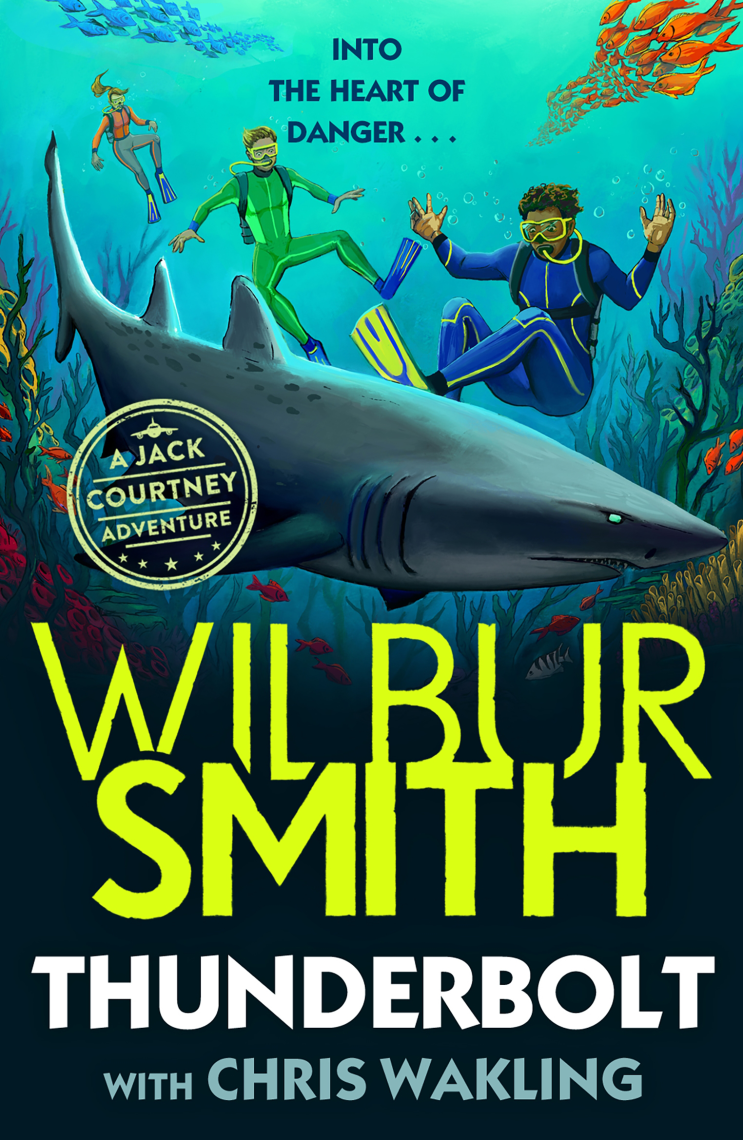 Jack and his friends Amelia and Xander are in Zanzibar diving for lost treasure to support Jack's mother's coral protection project. Going further than usual on their last day, their dive boat is lured into a trap and captured by Somali pirates. Determined that his mother shouldn't pay a ransom for their release, Jack won't give up his attempts to escape.

Transferred to a militia training camp for boy soldiers, the trio's only hope is the resourceful Somali boy Mo who befriends them. Can they outwit the ruthless General Sir and his merciless troops in the second gripping adventure from the authors of Cloudburst?

For younger readers aged 10+. Set in the modern day, The Jack Courtney Adventures follow 14-year old Jack Courtney and his friends Xander and Amelia on adventures across the world.

A sample from Thunderbolt